I’ve got a great post on Insulin Resistance today, because I’ve had a lot of questions about sugar and diabetes.  Insulin Resistance happens before full-blown diabetes Type 2, and this post will explain why, what, and how.  First though, here’s my Workshop/Talk details:

WORKSHOP REMINDER:  I’ve got 2 workshops/talks planned on Blood Sugar, and it’s relationship and effect on Weight, Diabetes, Heart Disease, Thyroid, and Mood.  The dates are Friday, August 23, 12-2, and Wednesday, August 28, 6-8pm,  the charge is $30/person, and the venue is the Marshall Community Center, 4133A Rectortown Rd, Marshall, Va.  This is literally right off Rt 66 exit, and very easy to find.  There’s plenty of parking and the room is big, so bring a friend or a family member if you’d like.  You can pay at the door.

Here’s a question from my email:

Hi Debbie,  My doctor said I have Insulin Resistance, and high blood sugar.  He said I need to lose weight.  Is Paleo the best way?

First, I want to explain what Insulin Resistance is, because statistically, about 1 in 4 Americans have this condition, and it’s pretty serious.

Any carb we eat, (fruits, vegetables, grains, sugars, or beans), our body breaks down to Glucose;  this is what our cells use for energy.  Glucose molecules are tiny and small and can cross the gut wall into the blood stream.  Our NORMAL blood sugar/blood glucose should be between 80 and 100 mg/dcl. (That’s about a teaspoon or two total)  After we eat, it can rise a little for about an hour, but after 2 hours, it should be back to 100 or less.

When it rises ABOVE 100, our pancreas releases INSULIN into the blood stream to sweep up the excess glucose and deposit it into cells: muscle, liver, and fat tissue.   It also sweeps up OTHER NUTRIENTS and deposits them into cells; this way the cells have fuels for their furnaces (mitrochrondria).  Appropriate levels of insulin are NORMAL, and healthy.

Insulin Resistance happens when INAPPROPRIATE levels of glucose are released into the blood stream, and corresponding insulin is released to go in and control it.  Insulin is a caustic, irritating hormone.  If excess levels are constantly circulating, the cells that normally have “open doors” shut the doors in an effort to protect themselves.  Blood sugar then stays high (this is ALWAYS being monitored by the hypothalamus), and the pancreas keeps pumping out more insulin – in an effort to lower the blood sugar.   Does this make sense?  It’s a feed back loop.

What are the effects of Insulin Resistance?  There’s a bunch, here’s a few:  hardening of the arteries, damage to the nerve cells of the eyes, kidneys, and extremities, increased LDL ( especially the bad, dense, small particles), lowered HDL, increased Triglycerides, increased clotting risk, higher blood pressure, increased risk for cancer,  and inflammation.  Actually, these effects are a combination of the both high circulating insulin and high circulating glucose.  They’re both very damaging when they’re in excess.

Guess what NEVER gets insulin resistant?? Your fat cells:(  They never say no.  Muscles say no, the liver says no, but fat cells, which is really an organ (oddly), say YES YES YES, bring it on!)  Excess glucose eventually gets repacked into TRIGLYCERIDES (3 glucoses + glycerol backbone), and deposited.

Excess insulin and blood sugar also eat up your Magnesium and Vitamin B stores, so if you know you have insulin resistance, you should probably supplement with those ( at least.).  Exercise helps makes muscles cells MORE sensitive to insulin/i.e.  less likely to be resistant. Notice I said “likely”.  Exercise isn’t a magical wand that counterbalances overeating, ever.

I’ll be talking about Blood Sugar, Insulin, and it’s affects at my talks, but if you can’t make them, email me any questions you might have. Oh!  Yes!  The Paleo Diet is GREAT for insulin resistance, because it excludes refined grains and sugars – the simple carbs that easily bring blood glucose levels above 100. We’ll definitely talk about this at the workshop.  Please know that Insulin Resistance is very serious, even if you don’t have full blown Diabetes T2. Some good news?  It’s “Fixable”!!  Here’s a post by Dr. Mark Hyman if you’re interested in what tests to ask for.

I’m getting ready to leave Wednesday for the Ancestral Health Symposium in Atlanta.  Four days of lectures on fascinating science topics. 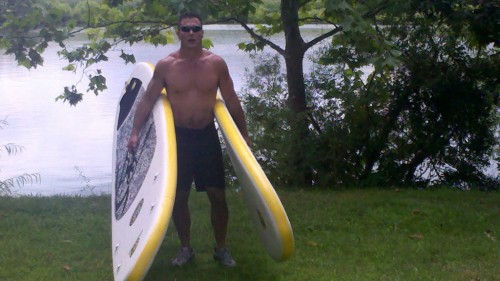 The best part is my husband’s going with me, so we can divide and conquer as many lectures as possible  He’s awesome – and he’s fit!

Here’s the link to Ancestral Health if you’re interested.

Looking forward to sharing what I learn:)