Could OTC and Prescription Meds Be Making You Fat and Sick? Yes!

August 10, 2014 / Debbie / Comments Off on Could OTC and Prescription Meds Be Making You Fat and Sick? Yes! 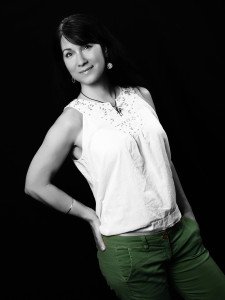 The chances that everyone reading this is taking or has taken at least 1 over-the-counter (OTC) or prescription drug is pretty high.  We’re Americans, and taking a pill to soothe an ill is normal.

Could “normal” meds like Tylenol or Statins contribute to our weight issues ( ~70% overweight), our moods ( declining ), and our poor HEALTH?  Oh my gosh, yes.  Read on for some scary facts, because all these drugs aren’t good for us, no matter what the ads say.

– America spent $2.4 Trillion on Disease MAINTENANCE in 2007, but according to WHO, we rank #37 in Health Care IN THE DEVELOPED WORLD.  ( Who wants to maintain their diseases anyway?)  We spend more on health care than the next 10 countries studied COMBINED.

– In one study, Americans had the second highest rate of chronic disease in the seven developed countries examined.

– According to the CDC, there’s not ONE disease or condition, NOT ONE, that’s been decreasing or is going to decrease, in the US, in the next 3 decades.  So the drugs aren’t improving anyone’s health in the long run.

The MAJORITY of Americans use drugs for pain, disease, colds, stomach problems, infections, etc, etc.   *****In other words, we’re taking our medicine, we’re just not getting better.  We’re getting worse. *****  As a matter of fact, an article titled “Death by Medicine”, authored in two parts by Carolyn Dean, MD, ND, describes in excruciating detail how the American medical system has bumbled its way into becoming the leading cause of death and injury in the US, claiming the lives of nearly 784,000 people annually!

Hospital errors are responsible for part of that, but Pharmaceuticals represent much of that total.  Here’s the facts ( straight from the pharmacist’s RX side effect sheets ) on some of the most commonly used drugs in America, and their potential side effects.

******Side effects can have quiet and long escalations.  Don’t feel comfortable with your drugs just because an obvious side effect, like a big rash, didn’t pop up.*******

* Long-term Tylenol use has been linked to brain damage, increased blood pressure and kidney failure; about 15 percent of the people on dialysis today are there as a result of the damage that Tylenol (and/or aspirin) did to their kidneys.

* Acetaminophen is the #1 cause of Acute Liver Failure in the US.  Google it.  Our liver is supposed to perform over 500 jobs a DAY.  Our weight is intimately tied to our liver. Our metabolism, our hormones, our cholesterol: liver liver liver liver.

* Each year, an estimated 107,000 patients are hospitalized for NSAID-related gastrointestinal complications.  This is because NSAID’s ruin stomach lining.  We need our stomach lining!

*All NSAIDs, including over-the-counter aspirin and ibuprofen, are associated with potentially serious side effects such as cardiovascular problems, GI bleeding, kidney problems, and hypertension.

* What about the Conventional Wisdom that an aspirin a day is good for preventing heart attacks?  Did you know that the FDA REVERSED that position?  Does your Doctor know? “FDA has concluded that the data do not support the use of aspirin as a preventive medication by people who have not had a heart attack, stroke or cardiovascular problems, a use that is called ‘primary prevention.’ In such people, the benefit has not been established but risks — such as dangerous bleeding into the brain or stomach — are still present.”

What’s going on with painkillers, other than that they ruin your liver, kidneys, and brain?  They’re HIGHLY addictive. Most prescription pain killers work by binding to receptors in your brain to decrease the perception of pain. But they also create a temporary feeling of euphoria, followed by dysphoria, which can easily lead to addiction.  Addiction leads to accidental overdoses.

Let’s move on:  Acid Suppressors for heartburn, GERD, and reflux.  In 2012, Americans spent $5.1 BILLION on Nexium alone.  Thanks to an incredibly poor diet and way too much stress, most American’s don’t have ENOUGH stomach acid, causing the food to sit too long and ferment.  The acidic burp that explodes up the delicate esophagus hurts, badly. It’s also damaging.  Acid suppression might seem logical, but it’s not.  You want your food to digest faster, not slower; and that acid – which our stomach should naturally be loaded with – triggers all the rest of the steps of digestion.

Let’s move on to Statins.  As of today, 1 out of 4 Americans over the age of 45 is on a statin, primarily as a PREVENTATIVE measure against heart disease.  What a joke!  Statin’s increase the risk for Diabetes, Cataracts, Erectile Dysfunction, Memory Impairment, Muscle Fatigue, and *******Coronary artery and aortic calcification*******.  Wait a second, isn’t that Heart Disease???  Oh, and what’s the #1 reason Diabetics die?  Heart Disease.

I’m closing with a link to an article from America’s Pharmacist, Suzy Cohen.  Someone took her to task for NOT recommending anti-depressants in a case of depression. Instead, Suzy had outlined a supplement program of Nutrients the body uses for correct thyroid function and neurotransmitter status.  ( Hypothyroid and/or insufficient GABA, dopamine, and serotonin are often the REASONS for depression).  Her response was perfect:  no Drug is going to provide the body with the vitamins, minerals, proteins, fats, or phytonutrients that it lacked that caused the problem in the first place.  She wraps up with the potential side effects from anti-depressants, and culminates with the FDA Black Box Warning that children and adolescents on anti-depressants have higher incidences of SUCIDE.

Poor health is from a lack of nutrients.  BONUS:  Eat for your health, and if you need to lose weight, weight loss will be a side effect.  Focus on Real Whole Food:  plenty of vegetables, good meats and eggs, lots of healthy fats, some fruit, some nuts and seeds, and some dairy if you tolerate it.  Sleep, move, and deal with your stress.

One more tip:  there really are great supplements out there that contain the NUTRIENTS in concentrated form that your body can use to:  decrease plaque, decrease inflammation, fight bad bacteria and viruses, build neurotransmitters, build magnesium stores, fix your gut, stop headaches, increase energy, etc etc.  If you have questions, ask me, I LOVE this stuff, and I’ve spent a lot of time learning my supplements.  There’s no need to Poison your body in an effort to get well.

How To Lose Weight and Be Healthy? Feed Your Body What It Wants! 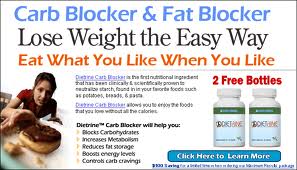 One of my main goals in life is to help people connect these dots:  food,  health, weight.  If you read my blog, you know I’m not referring to calories, or fat grams. I’m referring to nutrients in food and chemical reactions that happen when our body uses those nutrients.  When you care more about: what’s in your food, what it does to you, and how it makes you feel; than you care about calories, then I know you’re on track to be lean and healthy, forever.

What you fill your mind with is what’s going to rule your mind.  For instance, if you’re swayed by any of these advertisements (make sure you check out the last one – it’s my favorite), you’re going to continue along hoping that if you can just starve yourself for a sufficient amount of time, you’ll end up skinny and happy.  It doesn’t work that way.  Look back over your own history:  low cal dieting and tons of exercise are a VERY temporary way to take off pounds,always  to the detriment of your Thyroid, Adrenals, Sex Hormones, 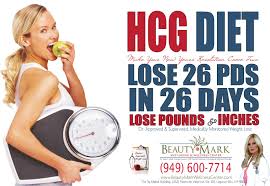 Neurotransmitters, and Muscles.  Do it with Low Fat products, high in carbs, and there goes Insulin and Blood Glucose levels also.  Your body wants Nutrients to Run Correctly.  That’s all it wants, honest.  Eat to make your body as healthy as possible and your weight will become healthy and stable.  That’s all it takes, really.

Here’s some interesting bullet points (to fill your mind with) on why Real Whole Foods are so important.

*To make hair, nails, cartilage, growth hormone, glutathione (our #1 antioxidant), insulin, prolactin, and a whole bunch of other parts of our body, we need to have plenty of Sulfur.  Sulfur is the 3rd most common mineral in our body after calcium and phosphorus. 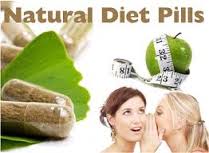 *Many studies show that garlic, onions, and other allicin (sulfur containing) foods are incredibly protective against cancer and heart disease.

*The National Cancer Institute found that individuals who ate the most allicin vegetables (red onions, scallions, garlic, chives and leeks) had a nearly 50% lower cancer risk than those who ate the least.

*Acetaminophen depletes sulfur levels in the body.  Sulfur is used to both break down and escort out (via urine), acetaminophen.  Breakdown happens in the liver.  We have large stores of the antioxidant Glutathione in the liver, or we’re supposed to.  Acetaminophen drains those supplies.  Acetaminophen is the Number 1 Cause of Liver Failure in the U.S.

Real Whole Food is made from compounds that our body needs to run correctly.  Here’s some more cool facts:

*Our body makes Vitamin D3 when the cholesterol from INSIDE of us, rises to the OUTSIDE of us/on top of our skin, and is “mixed/hit with” with UVB rays from the sun.  Vitamin D SULFATE is made.  Vitamin D sulfate is WATER SOLUBLE, so it sinks right back down through the skin, into the blood where it goes anywhere in the body that Vitamin D is supposed to go.

*Here’s a UVB map of the United States for March.

****Vitamin D3 supplements are UN-SULFERATED.  That means NOT water soluble. ( Our blood is water, right?)  The liver must make LDL to transport UN-sulferated Vitamin D3 through the blood.

*Both cholesterol and sulfur protect the skin from radiation damage, the kind of 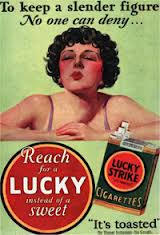 damage that can lead to skin cancer.  Remember, cholesterol is an ANTIOXIDANT.  That’s one of the reasons our liver makes so much of it.

*Here’s a great podcast with Senior MIT Researcher Stephanie Seneff on Statins, Cholesterol, and the “Real Demons” of heart disease.

If you want to get slim, healthy, and be loaded with energy, you need to learn how the body works and what food does to you.  Invest in yourself, invest in your loved ones.  Become a Real Whole Foodie.