Our Weight, Our Health, our Moods, Our Sleep? Depends on our GUT BUGS. 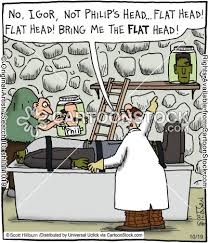 I got to spend all day Wednesday at a seminar called “The Gut Brain Connection”; I was in Heaven. There’s a LOT of new information on the bugs in our gut because the NIH and it’s European counterparts have culminated a multi-year, multi-multi-million dollar study that’s revealed all sorts of FASCINATING facts.  It turns out that there’s a whole lot more to know about the bugs in our stomachs other than “antibiotics kill them, so eat yogurt”.  A whole lot more.

I’m going to bullet point some facts, and highlight some resources if you’re interested in studying it further.  Know this though:  our gut bacteria interacts with and has ENORMOUS effects on our ENTIRE BODY.  Way more than scientists and doctors had ever guessed.

* Our bugs send information to every cell in our body, even our DNA.

* There are probably over a 1000 species of bugs, totaling over 100 TRILLION bacteria just in our intestines!  Three to five pounds of bacteria JUST IN OUR COLON alone!!!  You’ve got to admit that’s a fun fact.

* Statistically, if you’ve got Anxiety/Depression/”brain/emotional” conditions, you’ve  got gut issues:  you’re either low in good bacteria, have a leaky gut, and/or hosting too much bad bacteria, or all 3.  Our bugs are DIRECTLY involved in making our Neurotransmitters, Dopamine and Serotonin (among others).

* Dopamine is made in equal parts in the gut and the brain.   Here’s what Dopamine does:  Dopamine is a neurotransmitter that helps control the brain’s reward and pleasure centers. Dopamine deficiency results in Parkinson’s Disease, and people with low dopamine activity may be more prone to addiction. (LIKE FOOD ADDICTION)

* Serotonin is made primarily in the gut, 90%; only 10% is made in the brain.  Here’s a brief explanation of serotonin: Serotonin is a type of neurotransmitter that is found mainly in the central nervous system and the gastrointestinal (GI) tract. Much of the serotonin is located in the GI tract where it is used to regulate digestion. Serotonin helps regulate mood, sleep, appetite, learning and memory.

* Our gut bacteria play HUGE roles in making sure adequate amounts of these 2 neurotransmitters are produced.

* What compromises our good gut bacteria, which should number in the 100s of TRILLIONS, and mostly populate our Large Intestine?  So much:  Sugar, Flours, Processed Foods, Antibiotics, EVERY SINGLE OTC AND PRESCRIPTION DRUG

Chemicals, and Stress/Cortisol.  Every thing on this list pretty much decimates our gut flora either directly or by changing normal pH levels.   Look at the list again and go over your week, then go over your kid’s week.

* MSG, which is a known neurotoxin and has horrible effects on gut bacteria and brain cells, takes 10 – 14 days to clear the body.  Other names for MSG:  Natural Flavors and Yeast Extract.  (FDA approved) (Read Your labels, and your kid’s labels)

* Being Diabetic and Pre-Diabetic ALWAYS CHANGES GUT FLORA. ALWAYS.  If this is you, supplement with a good probiotic.

* The toxic waste from both C-Dif and E Coli harm the gut wall (leaky gut, here you come).  So does alcohol.  Anything that harms the wall harms the body’s ability to make and maintain good bacteria and sets up an environment for bad bacteria.

* Gut bacteria have a direct link to normal weight or obesity.

* It can take anywhere from 4 weeks to several MONTHS to repopulate gut flora after antibiotics.  THINK ABOUT THIS BEFORE YOU POP SOME FOR YOUR NEXT SORE THROAT.  There are so many holistic, wonderful treatments out there you could use instead that are just as effective with no side effects. 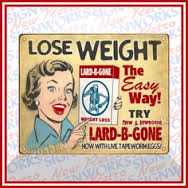 * Starving yourself by either not eating, or eating very low calorie, initiates stress and anxiety, via the hormone cortisol, which tells the  neurotransmitters and bacteria in your gut to signal your thyroid to SLOW DOWN, and then they signal fat cells to STORE MORE.  The body will do ANYTHING not to starve. (there’s that communication I was talking about)

* Ghrelin is a hormone which INCREASES appetite.  Alcohol and sleep deprivation INCREASE ghrelin.  So does stress.

* Stomach fat is (1) VERY metabolically active (2) it produces a lot of ESTROGEN (3) fat bellies are full of INFLAMMATION, that’s why they’re hard (4) that inflammation is Inflammatory Cytokines that don’t just stay in the belly, the shoot around the Whole Entire Body through the blood stream, wrecking Havoc and creating disease.

* Probiotics are great, and now we know that specific strains can be used to specifically target specific conditions.  Cool.

* Nothing beats Probiotic Foods and Drinks:  cultured and fermented vegetables, keifer, kombucha, and real yogurt.  Numbers wise, there’s millions and millions more bacteria in food, and a wider range of species, than in any pill supplement.  If you’re trying to correct a condition or improve health, use the pills along with the foods/drinks.  ***** Vinegar does NOT make a food cultured or fermented!!*****

* A single course of antibiotics can wipe out up to 20 species.  Sometimes, they DON’T make a come back.

* Want to learn more?  Here’s some of the most current revelations from different researchers involved in the study talking about everything from babies, to birth, to diabetes, the immune system, and IBS.

The take away?  What we eat matters.  How we stay healthy and well, matters.  It matters what we put in our body.  Really.  Everything we eat either helps us or harms us.  Be a Real Whole Foodie! 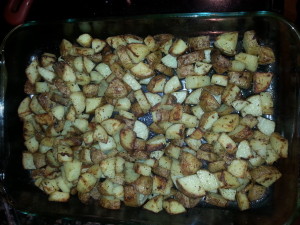 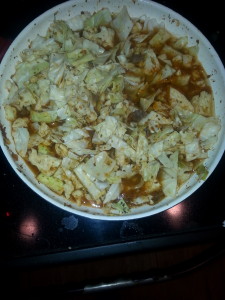 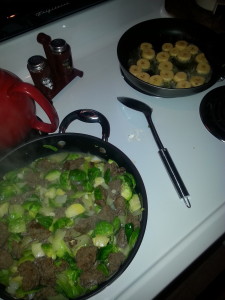 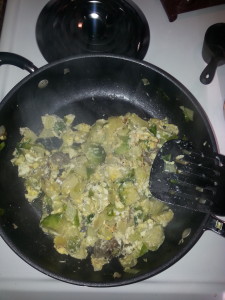