How to REALLY Burn Fat, and a Beach Pic 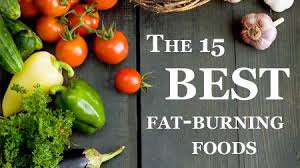 Have you been suckered in to buying a magazine because the cover promises a list of Fat Burning Foods or Fat Burning Snacks?  I have!  Obviously, it’s a successful line, or we wouldn’t see that used as a hook over and over again.  Health Magazine has that line on the cover of their current issue, along with 20 pictures of “fat burning snacks” on the inside.

Bad news though.  It’s not true.  There is not one food on this entire earth that “burns fat”.  Not one.  Eat all the apples, or nuts or tuna on pita or hummus on a cracker (these are from the Health list), and not even one molecule of fat from your stomach, butt, or thighs will be used to “burn” it.  Actually, the magazine says that in it’s article, ” So while there’s no food that will literally “burn fat” while you eat it, smart choices with these ingredients will help your body operate at maximum efficiency.”

I beg to differ that snacking helps your body operate at maximum efficiency in the area of Fat Burning – at all.  Let me explain.

For years now we’ve been told to eat every 2 – 3 hours throughout the day to “keep our metabolism” up.  Scientifically, this has been proven, over and over, to be a load of bull. (great for the snack industry though) 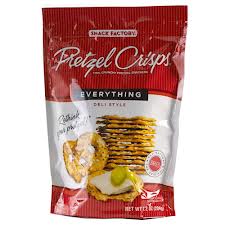 Our “metabolism” doesn’t run higher just because we eat all day.  The “thermogenic effect of food” (that’s how many calories it takes to literally breakdown food in our stomachs) is the same for a particular amount of calories/foods whether we spread out the meals, or not.  That’s not what “burns our fat”.  HORMONES  BURN FAT.  Period.

Carbohydrates are broken down to glucose (that’s a simple sugar), whether they come from fruit or vegetables or grains: carbs are reduced to glucose, always.  Glucose has several VERY damaging effects on the body, and we only need a few TEASPOONS at a time in us.  (4 grams of carb = 1 teaspoon of glucose)  Everything over a few teaspoons is an EMERGENCY SITUATION for the body to get rid of.  The pancreas releases INSULIN to sweep up the excess glucose, and shuttle it into the Muscle or Liver cells.  After the COUPLE of TEASPOONS are stuffed in there, ALL THE REST OF THE GLUCOSE GETS REMADE INTO TRIGLYCERIDES AND STORED IN THE FAT CELLS. Insulin also has several damaging effects, so you don’t want your pancreas having to release loads of it all day long.  Loads of Insulin and loads of Blood Sugar/Glucose = bad news for your arteries, brain, health, etc.

Back to Fat Burning.  If you want your body to literally BURN FAT, Insulin must STOP, so Glucagon can be released.  Glucagon is another hormone your pancreas spits out, but ONLY when Insulin is NOT present in the blood stream.  Glucagon goes to your fat cells and gets them to release their contents into the bloodstream to be “burned” or used for energy.

This is why snacking or eating all day long is a BAD IDEA ( if you’re a grown adult;  for growing children, it’s a little different).  If you’re eating simple, refined carbs all day, you’ve probably got Insulin in your blood all day.  Glucagon won’t ever have the chance to be released, fat cells won’t spit out their contents to be used for energy.

What happens when you eat a big bowl of Oatmeal or High Fiber Cereal first thing in the morning and then go workout?  Your body will use the Carb/glucose from your breakfast – instead of the fat from your cells – to fuel your workout.  It HAS to.  Excess Glucose is Deadly, and the body must get rid of it ASAP. (By the way, a cup of oatmeal is 40g of carb, that’s 10 teaspoons.)   If you want to “burn fat”, eat lots of fat, protein, vegetables, some fruits, some nuts and seeds, and some dairy.  Space your meals out to 3 a day.  Give your body a chance to release some glucagon.

Let me recap this:  When you eat a diet loaded with carbohydrate, in any form, but ESPECIALLY the simple, refined carbs like pasta, bread, crackers, pretzels, and desserts and alcohol ( all of these are INCREDIBLY easy to break down, and quickly go thru the digestive wall into the blood stream) INSULIN is released, and carbs are CONVERTED TO FAT.  Eat a diet of FAT, PROTEIN, and VEGETABLES and other Real Whole Foods, and very little/normal amounts of Insulin will be released; GLUCAGON will be released, and fatty acids will be released and used for energy.

Want to become a fat burning machine?  Don’t rely on mythical fat burning foods, or fat burning pills – they’re not real.  It’s your hormones you need to manipulate.  The bonus in giving up the carbs to keep insulin low?  Your moods and your health will improve dramatically.  Better weight, better health, better moods,…. what more could you ask for?

Here’s a pic of me, my youngest next to me, and two of her friends at the beach a couple weeks ago.  Still missing the Outer Banks!